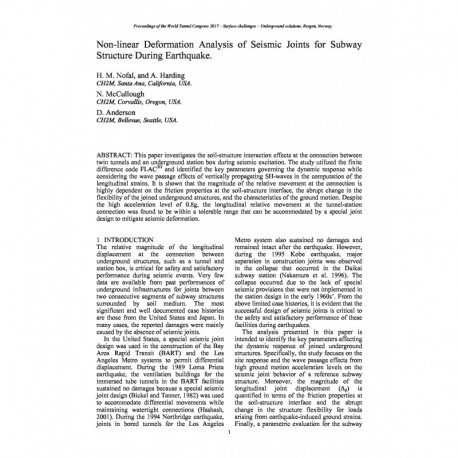 This paper investigates the soil-structure interaction effects at the connection between twin tunnels and an underground station box during seismic excitation. The study utilized the finite difference code FLAC and identified the key parameters governing the dynamic response while considering the wave passage effects of vertically propagating SH-waves in the computation of the longitudinal strains. It is shown that the magnitude of the relative movement at the connection is highly dependent on the friction properties at the soil-structure interface, the abrupt change in the flexibility of the joined underground structures, and the characteristics of the ground motion. Despite the high acceleration level of 0.8g, the longitudinal relative movement at the tunnel-station connection was found to be within a tolerable range that can be accommodated by a special joint design to mitigate seismic deformation.